Five attempted suicides in five days in a school! What next? 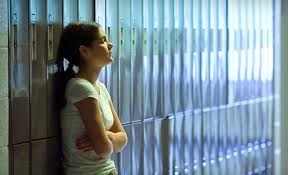 We were waiting with our team in the lobby for a principal and teachers meet to discuss the importance of emotional quotient in today’s children’s life. Since it was a famous school of Mumbai with a lot of students, mild chaos was always expected. We saw an anxious crowd of mothers weeping outside the principal’s office. Not able to understand what was going on and the intention not to interfere in the school activities, we continued our scheduled meeting. As we came out after the meeting we saw a mother weeping profusely outside the office. We were simply overwhelmed on seeing her state .So, we went up to the mother and offered her a glass of water and told her to calm down .
The lady narrated that she was  the parent of a ten standard student of the same school who was suspended by the school. Her son had attempted a suicide along with four of his friends in the school bathroom. They had used a sharpener blade and were caught by other friends on seeing the marks on their hand. It all started when a teacher humiliated a boy in the class for some trivial issue. The boy attempted a suicide and was suspended by the school authorities .
After a couple of days the other  four kids followed the same. The mother couldn’t believe that her son could have attempted such a dreadful thing. She was devastated .Although the principal along with their team of psychologist were attempting to solve the issue. We were discussing emotional intelligence with them and here we find a group of children behaving so irrationally .Soon the father came  with a puzzled look on his face. We can never forget the helpless face of the mother and the father and the questions they were asking. “Where did I go wrong, she was asking us? What if he was successful in doing what he wanted? How to deal with him when I couldn’t understand why he did this”. They told us not to reveal the identity as that would spoil their child’s future. Hence I am not naming the school but only trying to highlight the problem. This might be happening in many schools which we do not know but dealing with the situation seems to be a better option for school rather than introducing regular interventions to prevent this catastrophe.
This anxiety will be seen in most of the parents including me if we were in their place. Dealing with a child attempting suicide  and  helping them to overcome emotional problems in the wake of an emotional turbulence is a considerable task for parents, teachers, and mental health professionals.
When family members become anxious and frightened, a child's fear is magnified. When possible, adults need to deal with the situation in a way that will help children to manage their impulses. Adults need to support each other so that they can be emotionally available for their children. When they cope well under extremely difficult conditions, there is a good chance the children will make a positive adjustment. Support for these children is necessary to avoid long-term emotional harm. They need to know that their fears are normal.

Warning signs parents need to look out for depression in a child
How can parents Intervene?


Apart from counselors, the schools and educators can introduce interventions to develop the resilience and emotional quotient of children who are exposed to various unwanted situations so they are able to deal with them in a rational way. Preventing a situation should be the aim but reacting to a Disaster has become a norm. Schools and education need to change the narrative so we can have a more resilient and empathetic generation
The alarming rise in attempted suicides makes it all the more necessary that parents reach out to the children and help them control the raging emotions and impulsive behavior which can harm them. One of the research proves that 70 percent of people committing suicide in the adult life have attempted suicide in their childhood. My vision and my dream  is that we can introduce socio emotional interventions into the school and college curriculum like Cognitive based Mindfulness and prevent these unfortunate incidents and have a more happy world.
Along with growth of Artificial intelligence we are able to grow the emotional intelligence for our future generation.
- November 13, 2017 No comments: