Unhappy People: The Things They Do to us and How to Deal with Them 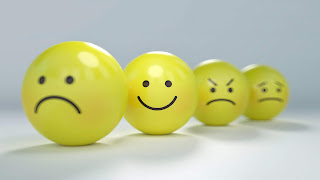 We have all had come across an unhappy individual at some point in our lives who have stung us with their negative thoughts. Sometimes it simply creates havoc in our lives. Unsatisfied people are drawn to the sensible ones and I am sure every one of us has likely had (or have) at least one irritating person in our lives who have forced us into changing ourselves in endless attempts to please them – only to realize that it is an endless circle.
What makes them so toxic? Their past experiences, their judgmental attitude, their negative approach or simply their sadist nature. It is seen that most of these people are suffering from some psychological disorder which is undiagnosed and we are trying to understand them. It becomes all the more important to identify these individual so we can deal with them more maturely and not get driven into self-guilt.
Their strengths lie in their subtlety and the way they can make you believe so cunningly for every fault, ‘It’s not them, it’s me.’ They can make you question your ‘over-reactiveness’, your ‘oversensitivity’, your ‘tendency to misinterpret’. If in a relationship you’re the one who’s continually hurt or the one who is constantly changing your own behavior to avoid being hurt, then the probabilities are more than the problem is not you and it is not much you can do except not get drawn into the toxicities.
Like I said being able to pick up their harmful behavior is the first step to blunting their impact. You may not be able to change what they do, but you can surely change what you do with it, deal with that unhappy sulking individual and stop them from ruining away your mental peace and get away with it.
There are a number of things these people do to manipulate others and situations to their advantage. Here are 12 of them. Knowing them will alert you to avoid falling under the influence:
1.      They will love to keep you in a fix about what they really are.
They’ll be nice one day and the next day you’ll be actually guessing what you’ve done to upset them. Most of the time, there wouldn’t be anything obvious that could explain the change of attitude – you will get the gut feeling that something isn’t right. They might be irritable, unhappy, cold or cranky and when you ask them, if there’s something wrong, the answer will always be ‘nothing’ – but they’ll hint you just enough to make you realize that there’s something. The ‘just enough’ might either be a heaving sigh, a raised eyebrow, a cold shoulder. The moment this happens, you will find yourself making excuses for them or doing everything you can to please them. See why it works for them?
Stop trying to make them happy. Unhappy people have figured out a long time ago that most people will go out of their ways to keep the people, they care about happy. If your repeated attempts to please aren’t working or aren’t lasting for very long, maybe it’s time to stop. Leave it for a while and come back when the mood has shifted. You are not responsible for anybody else’s feelings. If you have unknowingly hurt someone, ask them, talk about it and if required, apologize. Under any circumstances, you shouldn’t have to guess and be gullible to this traumatizing experience.

They’ll make you prove yourself to them.
They’ll regularly put you in a position where you have to choose between them and something else – and you’ll always feel obliged to choose them. At times just out of sympathy. Unhappy people will wait until you have committed, then they’ll unfold the drama.  ‘If you really cared about me you’d skip your exercise class and spend time with me.’  The problem with this is that enough will never be enough. Few things are fatal – unless it’s life or death, chances are it can wait.

They love to manipulate.
If you have felt as though you’re the only one contributing to the relationship, you’re probably right. Unhappy people have a way of sending out the vibe/the signals that you owe them something. They also have strange ways to manipulate that you are responsible and you need to change even if the fault lies in them. This is very common in workplaces or relationships where the balance of power is an ever-changing phenomenon.. ‘I’ve left those reports for you’. I thought you’d appreciate the gesture and make use of the opportunity to learn your way around making the report. Remember it is a favor and I had to learn the hard way’ Or, ‘I’m having a get to gather tonight. Why don’t you bring dinner? For 10 people. It’ll give you an opportunity to show of favor cooking skills and make new contacts?’
Remember! You don’t owe anybody anything. If it doesn’t feel like a favor to you, then probably it’s not.

They will never own their feelings.
Instead of owning up and speaking up about their own feelings, they’ll act as though the feelings are yours. It’s called dumping, as in dumping their feelings and thoughts onto you. For instance, someone who is irritated but won’t take responsibility for it might accuse you of being irritated with them. It might be as subtle as, ‘Are you okay with me around or Am I irritating you?’ or a bit more specific, ‘Why are you irritated me,’ or, ‘You’ve been in a foul mood all day.’
You’ll find yourself justifying and defending and often this will go around in circles – because it’s not about you. Bring clarity to your mind. What’s yours and what’s theirs. When you start feeling that you’re defending yourself too many times against lame accusations or questions that don’t fit, you might be being dumped on to.
Remember, You don’t have to explain, justify or defend yourself or deal with a misfired accusation.
They hate to and will never apologize.
They’ll lie before they ever apologize, so there’s no point arguing. They’ll twist the story, change the way it happened and reframe it so convincingly that they’ll believe their own version.
People don’t have to apologize to be proven wrong. And you don’t need an apology to move forward. Just let go and move forward – without them. Never surrender your truth but don’t keep the argument going. There’s just no point. Some people want to be right more than they want to be happy and you have better things to do than to provide fodder for the right-fighters.
They’ll be there in a crisis but they’ll never ever share your joy.
They’ll find reasons your good news isn’t great news. The classics: About a promotion – ‘The money isn’t that great for the amount of hard work you’ll be doing.’ About a holiday at the beach – ‘Well it’s going to be very hot. Are you sure you want to go?’ About being made the best worker– ‘Well the Company is just trying to please you and I’m pretty sure they will exploit you.’ Get the idea? Don’t let them dampen your spirit or shrink you down to their size. You don’t need their approval anyway – or anyone else’s for that matter.
They’ll leave a conversation unfinished – and then they’ll go offline or simply disappear.
They won’t pick up your call. They won’t answer texts or emails. And in between rounds of their voicemail message, you might find yourself playing the conversation or argument over and over in your head, guessing about the status of the relationship, wondering what you’ve done to upset them, or whether they’re dead, alive or just ignoring you – which can sometimes all feel the same.
Remember People who care about you won’t let you go on feeling rubbish without attempting to sort it out. That doesn’t mean you’ll sort it out of course, but at least they’ll try. Take it as a sign of their investment in the relationship if they leave you ‘out there’ for lengthy sessions.
8. They’ll use sweet words with a toxic tone.
The message might be innocent enough but the tone conveys so much more. Something like, ‘What did you do today?’ can mean different things depending on the way it’s said. It could mean anything from ‘So I bet you did nothing – as usual,’ to ‘I’m sure your day was better than mine. Mine was awful. Just awful. And you didn’t even notice enough to ask.’ When you question the tone, they’ll come back with, ‘All I said was what did you do today,’ which is true, kind of, not really.
They’ll bring unnecessary details into a conversation.
When you’re trying to resolve something important to you, unhappy people will bring in irrelevant detail from five arguments ago. The problem with this is that before you know it, you’re arguing about something you did six months ago, still defending yourself, rather than dealing with the issue at hand. Somehow, it just always seems to end up about what you’ve done to them.
They’ll point out the way you’re talking, rather than what you’re talking about.
You might be trying to resolve an issue or get clarification and before you know it, the conversation/ argument has moved away from the issue that was important to you and on to the manner in which you talked about it – whether there is any issue with your manner or not. You’ll find yourself defending your tone, your gestures, your choice of words or the way you belly moves when you breathe – it doesn’t even need to make sense. Meanwhile, your initial need is well gone on the pile of unfinished conversations that seems to grow bigger by the day.

Unhappy people exaggerate.
‘You always …’ ‘you never …’ It’s hard to defend yourself against this form of manipulation. Toxic people have a way of drawing on the one time you didn’t or the one time you did as evidence of your shortcomings. Don’t buy into the argument. You won’t win. And you don’t need to.
Unhappy people are judgemental.
We all get it wrong sometimes but unhappy people will make sure you know about it. They’ll judge you and take a swipe at your self-esteem suggesting that you’re inferior because you erred. We’re all allowed to get it wrong at many occasions in our day to day life, but until we’ve done something that harms them or affects them nobody has the right to stand in judgment.
Knowing the favorite signs for unhappy people will sharpen your radar, making the manipulations easier to spot and easier to name. More importantly, if you know the characteristic signs of the individual, you’ll have a better chance of catching yourself before you tie yourself in double knots trying to please them.
You need to lock it in your mind, some people can’t be pleased and they won’t be good for you – and many times that will have nothing to do with you. You can always say no to unnecessary craziness. Believe in yourself . Be confident and own up your mess, your bluffs and the things that make you shine. You don’t need anyone’s certificate but remember if someone is working hard to manipulate, it’s because probably because they need your approval. You don’t always have to give it but if you do, don’t let the cost be too high and get driven into it. If you are the unhappy dude, it’s time to realize these things don’t get you anywhere. They simply make yours and others life miserable. Happiness increase with sharing and so does unhappiness