Law of attraction a myth or reality- Whats the science dude? 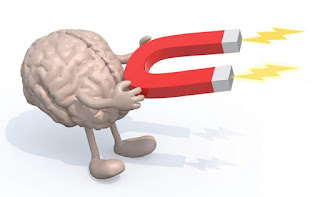 It was a wet Sunday Morning and Rahul had decided  to take a total break from work. He was due for this as he had just finished his project for which he had toiled his heart  and soul by working day and night since the last one month. He had planned for a long drive with his beautiful wife and daughter to Lonavala Ghats (a small hill station close to Mumbai, India). He got up by the clattering sound of the rain falling on his roof which instantly gave him a smile. He realized that it was going to be a beautiful weather and things were magically working out exactly the way he had planned. He woke everyone up and much to his surprise, within half an hour everyone was in the car on the way to a beautiful day ahead. They were in such high spirits that they started singing songs and cracking jokes. As they started reaching closer to their destination, there was huge traffic on the Ghat which was moving at a snails pace. There was constant honking by the fellow travelers which was irritating Rahul.  It was almost an hour and Rahul started getting annoyed, blaming the government, people,cars and police for this mismanagement .Suddenly the mood became tense in the car and the couple almost decided that they will turn back rather than wasting their Sunday in traffic. Except his 7 year old daughter who was listening to music all the while the couple was really getting annoyed.

Then a young girl Babita aged 19 who was selling toys on the road came up to them and told them that they were lucky as this traffic was there since last night and only now had started moving. God had blessed their family with grace and kindness unlike her who was an orphan and  she did not have a family. Still she was happy as hot summers had finally got over and she did not like hot weather .She wished good luck for them and requested them to buy some soft toy as a memoir of this beautiful day they plan to spend together. Rahul who normally shooed of these road side sellers, suddenly felt overwhelmed with happiness and an urge to buy a soft toy as remembrance to this beautiful moment. He looked at the girl who was dressed in dirty Salwar Kamiz(dress worn by Indian girls) but her face was markedly filled with happiness which was infectious. He bought 3 soft toys from her ,one for each of them and shared some food packets they had bought along.Suddenly all the irritation and anger which had accumulated in him disappeared and they had a great day in spite of  getting stuck in traffic one hour post their encounter with the girl.

The law of attraction is the attractive, magnetic power of the Universe that draws similar energies together. It manifests through the power of creation, everywhere and in many ways. Even the law of gravity is part of the law of attraction. This law attracts thoughts, ideas, people, situations and circumstances. The happiness ,the little girl exhibited had an effect on  Rahul’s brain pathway which rewired the negative thoughts ‘the dominant the traffic snarl’ to positive thoughts.Suddenly from a happy mood in the morning to anger and irritation due to traffic and then back to happiness, the long journey is an essential part of everyone’s life. We can all co relate this to some incident in our life .Why this happens and what are the changes which take place in our highly complex brain can be explained with the recent development in Neuroscience, Neuroplasticity and Neurophysics .
Ralph Trine wrote in In Tune With The Infinite (1897):
"The law of attraction works universally on every plane of action, and we attract whatever we desire or expect. If we desire one thing and expect another, we become like houses divided against themselves, which are quickly brought to desolation. Determine resolutely to expect only what you desire, then you will attract only what you wish for".
To simplify it ,I will try to explain first  the anatomical structure and functioning of the brain. The brain can be divided for the sake of understanding into its  physical structure,neurochemicals and  electrical impulses. I will try to briefly explain which part gets activated in  the above incident and then why it happened so.

All of us agree these high paced emotional turmoils are a common phenomenon in most of the  lives of people .The part of the brain responsible for firing of emotions is an almond shaped structure called amygdala which develops from two years of birth and is responsible for firing of the emotions .Another brain structure of importance in this scenario is the Nucleus Accumbens which is also known as the reward center and is the one responsible for feeling happy by activating the reward circuit. This was the center which was activated what  Rahul experienced in the morning and when Babita spoke to him. The Nucleus Accumbens is the one responsible for secreting dopamine which is the neurochemical responsible for happiness(positivity) and activates the reward circuit.
Similarly when the amygdala gets fired when Rahul was angry .The brain releases the GABA  (gamma amino butyric acid) and serotonin which is a inhibitory neurochemical responsible for negative emotions. It gives us a negative aspect of the situation  and too much of GABA and reduced levels of serotonin  leads to depression.This forms the basis of pharmacological treatment of depresion.
The way our brain has been conditioned due to the genetic predisposition of our ancestors has resulted it in been naturally bias to negative inputs .However a word of caution ,these were necessary for survival. For example when we are walking in a dark forest and we come across some long twigs, this negative bias is responsible for our mind to think that there may be a snake which protects us from the coming danger. But the same pathway also gets active when we are stuck in traffic what we call in today's world as stress. Also these messages are quickly send along the neurons (wires in the brain through the synapses(gaps between neurons where a neurochemical is released. These impulses create an image in our mind which is our perception depending upon on what we believe on the given situation formed by these neurochemicals.

So coming to the law of attraction where like poles attract and opposite  repel. One explanation is given by discovery of Mirror neurons. Mirror neurons are created by an individual  by replicating the same circuit which is present in the opposite person as perceived by our special senses (eyes,ears,skin,smell) .What Rahul got irritated by constant honking or his wife got irritated by creating these mirror neurons  on seeing Rahul's irritation are examples how mirror neurons are formed. These can be explained when huge rallies by political speaker suddely lead to violence by inflammatory speeches used by them .The mechanism responsible is that the brain creates images in our mind  and these  are replicated in the opposite persons mind. The only thing to ponder is the speed with which the mind can create these mirror images.

The other explanation is given by the quantum theory of physics about electromagnetic effect of individual atom. Similarly, since each cell is made of atom having positive and negative charge they have a  field of electron around them .When driven by powerful emotions(highly charged emotions)  these circuits create the same or opposing  alignment in opposite person’s circuit which creates  a  response. Hence,Emotions are infectious and being positive  and having an optimist approach to lives are some of the solutions  given by elders and renowned psychologists  to the caretakers when dealing with a case of depression.

Another factor responsible is the part of the brain called OrbitoFrontal prefrontal  Cortex (OFC)l lobe also known as the social brain. Humans right from birth have a craving for social interactions starting from the smile and cuddling by the mother. Every human being craves for this basic need like food,water and shelter and is often under estimated as we become adults. In our desires to achieve success and pursuit for our goals we tend to overlook this basic need. Children who have a disturbed childhood tend to be emotionally disturbed as compared to the other kids. Although they have a desire for more affectionate relationships, the poor social skills learnt because of a disturbed childhood tends to create unstable relationships. Such kids create these mirror neurons right from the early age and are very difficult to overcome in adulthood.These are learned at a very tender age and form the basis of relationship in adulthood.
The world is moving today from what was a technological revolution to  an over driven and highly overworked socio emotional complex circuits in our brain. The basic understanding of the laws of attraction is the first step towards untangling  the complex and jumbled up brain pathways which is  leading to an  impulsive and over reactive society.