How Failure kicks your butt to become successful? 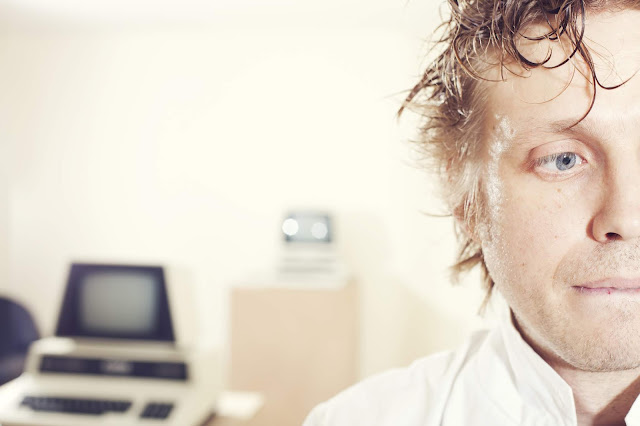 It is in human nature to want to only think positive thoughts about our heroes.
The image created of our heroes is of larger than life. We do not want our sports heroes to cheat or use performance-enhancing drugs. We don't want our humanitarian or political heroes to be involved with sordid scandals or criminal activity. And we don't want our scientific heroes to commit the greatest of all scientific sins: the sin of having been wrong.
And above all, we feel justified to criticize them when they fail to meet our expectation….We feel they deserve this humiliation.

People react to the high unattainable standards they set, and are ever ready to judge themselves for the smallest of act like proving a political point or winning an argument. For many failure is not an option and they end up in bitter arguments and ruminate about it for days for no reasons.
But Life is not an endeavor, one undertakes all by themselves, but rather as a part of a worldwide community. And being wrong is not a death sentence, but rather is often a stepping-stone to an even greater success.

"Once a failure, always a failure" couldn't be further from the truth. While it's true that even our greatest heroes have had their flaws, some of history's greatest failures were followed by a success that no one could have predicted.
But still, in spite of so many instances, we pursue and believe that perfection and precision are the two comrades in our journey to glory. But does failure actually weaken our thought processes? By embracing failure are we making the opposite person less determined and callous? If the answer is yes then it will relieve the majority of the people that being tough on failures is the right way to stimulate growth?

Science behind Failure
1.    A MRI study by USC and a group of international researchers have discovered that an opportunity to learn from failure can actually turn it into a positive experience – only if the brain decides to learn from its mistakes.
Scientists have since years have understood that learning happens in our brain in two distinct ways.
Avoidance learning, which is by punishing or criticizing mistakes thereby creating a negative experience that trains the brain to avoid repeating mistakes.
However, there is another way which is not so popular i.e reward-based learning, a positive, creating an experience again and again, in which the neurons in the brain are redefined and feel rewarded for reaching the right answer.
In situations where we get enough information to evaluate and analyze the choices, then our brain essentially moves towards the redefining mechanism, instead of turning toward avoidance,
2.    Scientists at Oxford University have made a startling discovery: they’ve discovered a region of the brain that makes you wonder if you’ve erred and whether you have been advised to learn, take in your stride and work on the errors.
Scans from 25 men and women showed that this part of the brain is made up of a dozen smaller sections. These scans were then compared with monkey brains.
Surprisingly the scans showed that there were regions significantly different from the brain of the macaque monkey, despite it being one of our closest relatives. This probably explains to us why we are so good at working with our species and growing to the point which none of the other species have reached distantly close.
Eleven of the 12 sections in the network were similar – they were found in both humans and monkeys and connected up to other, more distant, brain areas in similar ways.
But one, the lateral frontal pole prefrontal cortex, was missing in the macaques, despite it being one of our closest relatives.
Differences in the human and monkey brain have been found before, but this is interesting because it is the first time such a clear change has been spotted in the region behind having a flexible thought process.
Other parts of the brain keep tabs on how well decisions are working, but this new region thinks over what we might have done instead.
To put it simply, the lateral frontal pole is like a spouse who is ever ready to inform you that you've blundered and bungled it when it would have been so easy to get it right. It's the kindly-but-firm voice of authority that tells you to go to your room and mull over what you've done, so you'll be sure not to do it again in future...

So failing actually stimulates this parts. Of course without the negative feedbacks which distract the brain which in turn stimulates our emotional brain (amygdala) and create stress. This self-judgment or criticism from sources is responsible for ruminating and disappointment after failure.

3.     Antoine Bechara, a professor of psychology and neuroscience at the University of Southern California had recently isolated two equally sized centers in the prefrontal cortex, one that he claims is responsible for the fear of failure and the other for the lure of success. It is between these, he says, that the debate between risk and reward occurs. These are similar to the devil and angel on our shoulders, these areas interact during the decision-making process. The one wins takes the cake. So our reactions are very much dependent on the outcome of the debate. If our previous experiences have already hardwired our neuron about the negative impact on failure, there lies very little scope for us to rewire and improve the outcome. 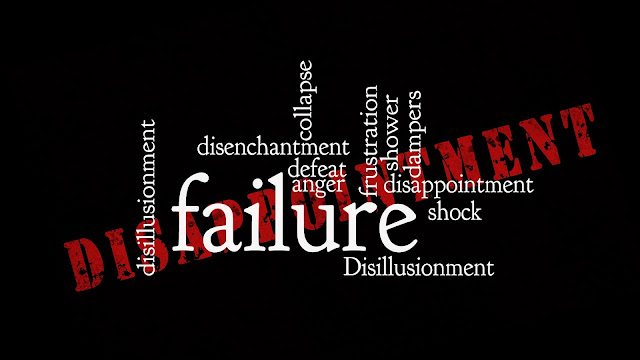 Neuroimaging studies reveal….there are specific and reproducible patterns of changing neural activity and brain structures associated with stress. In the high-stress state, scans reveal less activity in the higher, reflective brain. The more activity in the lower, reactive brain that directs involuntary behaviors and emotional responses. As the density and speed of the neuron-to-neuron connections in the emotion-driven reactive networks of the lower brain increase and corresponding connections in prefrontal cortex conscious control centers decrease.

Basically, dwelling on outcomes can make the neuronal pathways stronger and autonomous, so a more helpful activity is to rewire your brain to get used to the feeling of succeeding, rather than the expectation of failure. Hence we react to failure immediately before our conscious mind can actually realize what has happened. You can recollect the end number of times when you get a sinking feeling just before the results are announced.
Failure can be a stimulant for us to analyze, rethink our strategy and convert the negative situation into an opportunity.

On the other hand, we know that perfection is almost unattainable; therefore, a lot of negative experiences can come from demanding it.
People who think failure is not an option will eventually experience some form of emotional burnout, or put incredible levels of pressure on themselves by creating an unattainable standard of perfection and are emotionally exhausted all the time because nothing they do is ever good enough.

“Failure is the best teacher” is an old saying, but most of us deep down our heart have championed 'errorless learning'. In today’s fast-paced world, failure is no longer seen as an option. Educators, Managers, and Parents strongly believe that if they encourage failure it will end up creating a bad tomorrow for the person who has failed. Some end up creating a bad experience, only with the thought that they will never repeat the mistake again.
The rise in number of suicides, mental health cases in schools and colleges. This is not limited to one country but it is a universal phenomenon. The burn out in workplace and the drive to get a change every next day is nothing but pursuing to live up to the unattainable standards one keeps. The most common disease of the last decade is boredom and it is nothing but the human brain’s way of saying “it is enough”.

What can be done

·       Love what you do and failure will sound like music to ears. It will become your source of motivation.
Set goals that allow you to experience “frequent recognition feedback of incremental progress. Reaching these goals will release dopamine, which creates feelings of satisfaction, increases motivation, curiosity, perseverance, and memory.”

·        Rewire your brain’s expectations so that your efforts will yield progress, even though increasing challenge, you need to really want the goal. This is not the time to challenge yourself with something you feel you should do but won’t really look forward to doing, such as dieting, climbing stadium stairs, or flossing after every meal. Select a goal that you would enjoy en route and at the finish.

·       Remember that stress has an upside. When you’re overwhelmed (or focusing on failures) is to make a list of the stresses you’re under.  Separate them into two groups – the ones you can control and those you can’t  – and then choose one item that you can control and come up with a small, concrete step you can take to reduce it. In this way, you can nudge your brain back to a positive—and productive—mindset.
Learning the art of giving positive criticism to the people around you. Surprise your husband or your child with giving positive feedbacks to their mistakes. This will have a cascading effect on your approach to failure.

Making Failure a growth Machine
It is not easy to think and be positive especially when we fail after putting in all the hard work. It is not a one-day affair to change of perception of failure. We need to break the automation created in our mind and rewire our brains. So the next time when we come across a failed relationship or poor performance we see the opportunity it presents us rather than ruminate about the consequences.
One of the ways is to make learning and dealing with failure a part of the education system, so from early days we get prepared and learn how to stimulate the gamma waves in our mind. Learning to respond rather than react to failure will make us more resilient and reach great heights.
So next time when we come across failure in our life, we need to remember, ”Leaders who have created a growth story have befriended their greatest fear “Failure” and made them their escorts to drive their success wagon”.