The “Silent Killer” of Obesity in Children 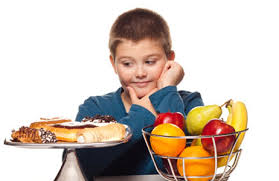 Shushant came home crying as Radha, his mom looked at him in disbelief. His shirt was torn and there were scratches on his face. This has been happening quite often since a last few months. He had been frequently fighting with the kids in the school. His friends used to call him “Appu” as he had gained a lot of weight in the last couple of years. This would irritate him and he would end up quarreling with them. Radha had consulted quite a few doctors but was unable to diagnose the exact cause. All his blood investigation were normal and the doctor had advised to improve his eating habits. There was no one so obese in the family. Even people in the family were taunting Radha to do something about his weight. Radha who was a house wife would continuously monitor his food but Shushant was just 12 years old .He would end up eating some junk food and this would lead to arguments with his mother. Radha understood the mental state of her son but was unable to help him. She was busy the entire day with her household work and then the school assignments. She had very little time to focus on Shushant. Radha knocked on the door but Sushant was not opening it. Radha got scared. She had an alternate key with which she opened the door .She saw Shushant weeping profusely under the table. Radha was upset at seeing her son’s state. She had tried her level best but still was unable to help him. She had complained to the class teacher but of no avail. Radha was upset on seeing her son suffering but what she didn’t realize that some of the issues were existing in him before the teasing from his friends.
Historically, a fat child meant a healthy child, one who was likely to survive the rigors of undernourishment and infection. But in today’s word it has become a major healthcare problem. Factors responsible for childhood obesity like genetic inheritance, disease like Diabetes, thyroid and dietary habits are usually highlighted in media. The role of childhood emotional and social needs are highly underplayed in the contribution to obesity. This article highlights the understanding of how psychological and emotional turmoil’s can contribute to this dreaded disorder.
Habits
Perhaps one of the biggest psychological factors of childhood obesity is the child’s home habits. If a child sees their parents turn to food for comfort then they are more likely to do the same. Also, the unavailability of food and the use of food as a reward for good behavior can become habits that stay with children into their adulthoods. This means that parents can not only influence whether a child becomes obese due to their genetics, but also due their habits.
Since kids tend to imitate their parent’s habits like eating food while watching TV or mobile or eating fast these tend to be the factors responsible for child hood obesity. Poor habits start early on. Many parents adding juice to baby bottles, which introduces babies to sweet tastes too early on and predisposes them to being overweight as a toddler and adolescent.
Our Neurons in brain mimic the emotional feelings of others unless they are being regulated by the prefrontal lobe in the brain. Since their prefrontal lobe (the regulatory center) in brain develops by 18 years hence the amygdala (Emotions firing center) is unchecked. They rewire and exhibit the same emotions and habits from the parents without actually the parent teaching them or realizing they should adapt habit. This is known as mirror imaging in neuroscience. Kids learn and mimic emotional and social behaviors from their parents. Say watching TV while eating food, eating a lot of food when upset. Kids pick up these habits without the knowledge of parents.

Low self-Esteem
Many people jump to an obvious, and often wrong, conclusion when they see a child who is obese.
“The parents are letting those kids eat anything they want. Those parents must be lazy.”
“A little self-discipline is all those kids need. If that kid would just quit eating so much.”
However, for many kids the cause of obesity may go much deeper. Childhood obesity can be a physical manifestation of a Low self-esteem and what that child needs is help handling their emotions. When the healing begins, a new healthy life can begin as well. First, adults need to understand the emotional causes of childhood obesity.
Low Self Esteem is another big factor that may influence a child to become obese. While it is suggested that weight gain is a common cause of low self-esteem, it can also be a cause of weight gain as a child is more likely to turn to food for comfort and social withdrawal can contribute to an unhealthy lifestyle.
Low self-esteem is something that many children suffer from, a child who feels badly about their looks may not make an effort to stay healthy and talking to them about their weight gain may only cause further self-esteem problems.
Divorce
One stress in the house may be divorce. It literally turns a child’s world upside down. If the parents are constantly fighting for the child’s affections, that can be even more damaging. Many children turn to food as a form of rebellion as well as comfort when they can’t seem to get it anywhere else. Eating comfort foods releases those same feel good endorphins that exercise does, but the reality is that children will turn to food first because it’s easier.
Abuse
Children are also affected by abuse. It can be sexual, physical, or verbal. Children are looking for acceptance, and when that comes in the form of hurt from those who are supposed to love them, it can confuse a child and destroy their self-worth. Food is often a substitute for love and a hiding place from the abuse they can’t stop.
Traumatic injury or accidents
Trauma suffered in childhood like natural disaster or vents like suicide or murders in the neighbourhood can also lead to childhood obesity. Children can become withdrawn and prone to unhealthy behaviors like stress-induced eating. In this situation, food can become a coping mechanism that leads to another unhealthy problem — obesity.
How to manage Psychological issues or Habits  in Obese kids
Children who experience psychological changes in their lives need an outlet for their pain as well as avenues for healing. One solution is therapy.
When a family is going through divorce, a therapist can help all parties involved deal with their own feelings, as well as those of the other family members. Kids have a chance to vent and also to understand that the divorce has nothing to do with them.
In cases of abuse whether by a family member or an outsider, healing is crucial. A child needs guidance in how to process their feelings, as well as acceptance and understanding from their family. Eating disorders are commonplace in children of abuse. Therapy can give a child who finds solace in food a healthier way to communicate and deal with his or her pain.
When an injury or accident occurs in a child’s life they can be left to feel helpless. The ingestion of food is one thing they can control. Proper psychological help is crucial in this instance as this could become a lifelong preoccupation with controlling the world through means as futile as what they eat. Besides the control, the whole endorphin through eating comes into play once again, setting children up for a vicious cycle of eating for comfort, then eating to hide from their feelings about being obese.
Obese children are often hiding a deep, psychological pain. Learning to cope constructively with feelings not only produces emotionally well-adjusted children, but physically fit children, too. Look beyond the sugary treats if you love a child who is obese and help them find the pain behind the problem.
Interventions
There is no such thing as a perfect family. We all do what we can for our children but the situation may be less than ideal. Changes in the home not only affect the parents, but also the kids.
Training the children to be aware of their emotions and deal with pressure from peers and maintain healthy relationship like Mindfulness based Cognitive interventions are some of the methods which increase the resilience and improve their impulsive behaviors. They learn how to cope up with the stressful events and are aware of their eating habits
How to eat food
Scientists discover those who eat too quickly are five-and-a-half times more likely than slow eaters to go on to develop a cluster of conditions including obesity, high blood pressure and cholesterol

Bolting your food increases your risk of obesity, diabetes and heart disease, research suggests.
People who eat very quickly do not give their bodies time to realize it is full – meaning they tend to eat more. Eating slowly, savoring every mouthful and taking time over a meal is better for overall health.
Faster eating speed was linked with more weight gain, higher blood glucose and an expanding waistline.
Researchers proved that chewing food properly does help us eat less at the dinner table.
A study has found that eating slowly and having smaller bites makes us feel less hungry an hour afterwards than if we wolf down food. People who ate slowly also drank more, which helped them feel fuller.
Eating without the distraction of mobile, computers or TV can help children lose weight and maintain the loss.
Eating mindfully, choosing and savoring food away from the distractions of computers and televisions, can help people lose weight, a study has shown. Kids can eat what they want, including their favorite high-calorie, fattening foods. But they must eat it mindfully, thinking about nothing but the enjoyment of eating their food – although not necessarily eating all of it.
Radha spoke to Shushank about his problems and how she could help him. She decided to spend more time with him and help him lose weight. Her husband started taking him to the park regularly where he would exercise with Sushank. They started attending mindfulness sessions where the family learned how to mindfully eat their food. Sushank lost 6 kgs in the first month and he became healthier. Radha came to school and requested the principal to take necessary action. The principal met the boys who were teasing him and warned them .The couple spend more time with child and decreased their screen time. Sushank was lucky that his family was able to help him out but there are many obese kids who have this “silent killer” as the cause are not so lucky and need help.